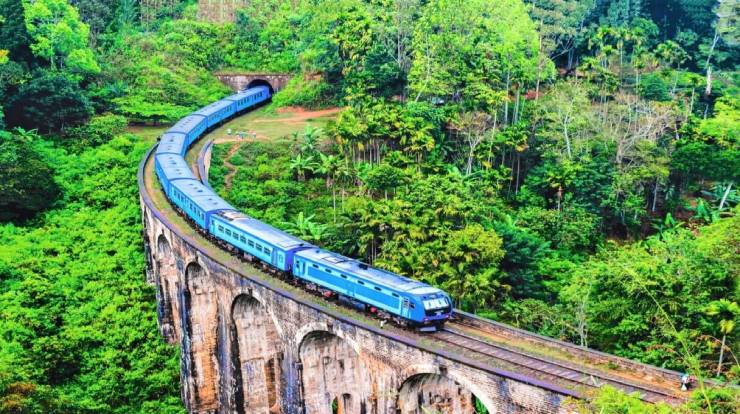 The island of Sri Lanka lies at the southern tip of the Indian mainland. 30 kms. of calm sea separates Sri Lanka from India. Sri Lanka is approximately 65 thousand square kilometers in area.

In early Sanskrit literature the country was known as “Lanka”, sometimes with the prefix “Sri “, which means fortunate or resplendent. “Taprobane” was the name given by the Macedonians (4th century B.C.). One of the seamen of Alexander the Great used the name “Sinhala Dvipa” or the land of the Sinhalese. The name “Serendib” used by the Arab navigators in the 6th and 7th centuries was derived from Sinhala Dvipa. This was further contracted to “Zeilan” by the Portuguese, “Ceylan” by the Dutch and “Ceylon” by the British.

Sri Lanka was depicted in Ptolemy’s map (127 AD – 151 AD) as “Taprobana”. Sri Lanka with a recorded history of more than 2,500 years is a country rich in history and culture. Ruins of ancient cities with historical monuments, religious shrines and the surviving remnants of Portuguese, Dutch and British colonial rule are well preserved.

Dominating the cultural life of Sri Lanka, is the holy city of Anuradhapura, founded in the 5th century BC and a designated UNESCO World Heritage Site. The sacred Bo (Pipal) tree in Anuradhapura is the oldest documented living tree in the world. The Government of Sri Lanka has proposed to consider “The Sigiriya Rock Fortress” built by King Kassappa (447 – 494 AD), one of the UNESCO’s six world Heritage sites in the island, as the eight of the world’s wonders.

In spite of the size, Sri Lanka has just about the most varied climates one will find anywhere. At sea level, temperatures can soar to 80oF (29oC) but within three or four hours’ drive one can be in the hilly interior, where temperatures drop to around 50oF (10oC). For the lovers of sea and sand, the golden beaches of Sri Lanka’s numerous coastal resorts in Negombo, Mount Lavinia, Bentota, etc., are a paradise.

In the middle of the country lies the mountainous terrain, where the cooler climate and green mountains covered with lush tea plants and cascading water falls generously provide a complete holiday, free of the hurly-burly of city life.

Naturally, a varied climate means a wide variety of flora and fauna, ranging from the coconut palms that whisper along the endless white beaches to the rhododendrons that shroud the tumbling waterfalls in the higher regions; from elephants to boars and bears and birds of so many species.

Sri Lanka offers a wide variety by way of accommodation, which ranges from international chain hotels to informal guest-houses. Tourist arrivals are in the region of 400,000 in 2000. Western Europe continues to be the leading source of tourist traffic to the island.