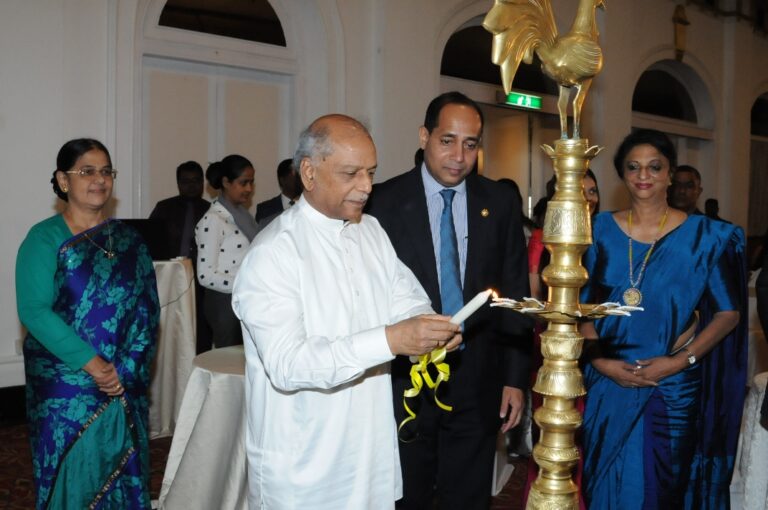 Foreign Minister Dinesh Gunawardena requested the SAARC Member Countries to take concrete action to improve intra-trade in the region without compromising security concerns. He made this remark at an event to commemorate the 35th SAARC Charter Day at the Taj Samudra Hotel on 10 December 2019, organised by the SAARC Chamber of Commerce and Industry, in collaboration with the Sri Lanka Federation of Chambers of Commerce and Industry.

Minister Gunawardena underlined the need to address the current unsatisfactory intra-trade figures that currently stand below 6% in the South Asia region that hosts over 20% of the global population.  He compared ASEAN as an example for SAARC to replicate and that the ASEAN region has over 22% intra trade in a region of less than 9% world’s population. While recognizing the existing strong policy framework in the SAARC region for trade expansion, Minister Gunawardena called for flexibility in trade negotiations to buttress the smaller economies in the region, including Sri Lanka.  He also emphasized the need to protect the environment, which is a challenging issue for the region faced with unprecedented natural disasters and erratic weather patterns.

The Charter-Day event was attended by the Colombo based SAARC diplomatic missions and the business community.