A ceremony was held on 21.09.2022 at the Jinnah International Airport to handover the Ceylon Tea consignment facilitated by the Government of Sri Lanka for the victims of the recent floods in Pakistan.

Speaking at the event, the Consul General expressed sympathies for the flood victims in Pakistan and condoled on the loss of lives. The Director General of MOFA and the Director of National Disaster Management Authority of Pakistan expressed their sincere appreciation to the Government and the people of Sri Lanka for facilitating the consignment.

On 05th September, Minister of Foreign Affairs of Sri Lanka Hon. Ali Sabry met with the High Commissioner of Pakistan His Excellency Umar Farooq Burki at the Foreign Ministry in Colombo and handed over the Ceylon Tea consignment.

On behalf of the Government, the Sri Lanka Tea Board has committed toward the emergency response by joining hands with the tea industry of Sri Lanka and facilitated the Ceylon Tea consignment.

On 03rd September, the President of Sri Lanka His Excellency Ranil Wickramasinghe offered sympathies on the widespread devastation caused by the recent floods in Pakistan and condoled with the Prime Minister on the loss of lives.

Over 30 million people across Pakistan have been affected with over 1,500 deaths by the flood which is considered as the worst flood in Pakistan since 2010. 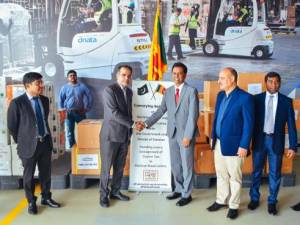 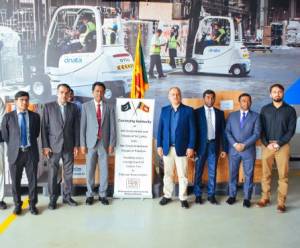