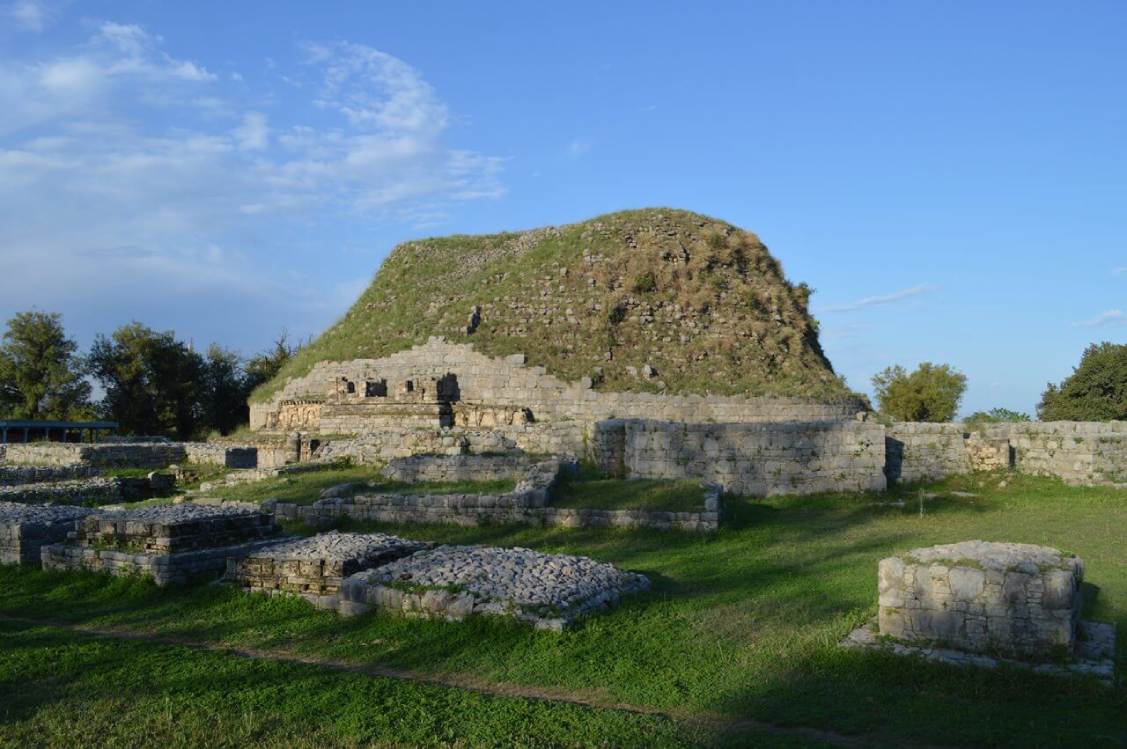 Participants perform rituals at the 3rd century BC Dharmarajika Stupa near Taxila in connection with Vesak Day. — Dawn

Vesak Day, a Buddhist religious occasion that marks the birth, enlightenment and passing of Buddha, was celebrated at the Dharmarajika Stupa near Taxila on Monday.

The day is observed by Buddhists around the world, and is also known as Buddha Purnima and Buddha Day.

It is traditionally celebrated on different days in various Buddhist countries and other parts of the world.

According to Buddhists, 2019 marks the 2,563rd year of Lord Buddha’s attainment of enlightenment.Monday’s event was organised by the Centre for Culture and Development (C2D), with Sri Lankan High Commissioner Noordeen Mohamed Shaheid invited as the chief guest and Chief Monk of Singapore Rev Dato Sumana Siri presiding over the rituals.

A large number of Buddhists, Christians, Hindus and Muslims participated.

Addressing guests, Korean scholar Dr Park Kyo Soon said Pakistan is the custodian of the Gandhara civilisation. She said it is a moral responsibility to work individually and collectively to preserve and promote the civilisation and its sites of religious significance.

Dr Soon said Pakistan and Taxila specifically could be made a hub for Buddhist tourism. Rajkumari Trivani, the daughter of Raja Tridev Roy, said that Buddha spread a message of peace, love and tolerance, which there is dire need for in today’s world. She said such events can held spread such a message across the world, adding that it was time to join hands for a Gandhara renaissance and restore past glory.

He said that according to the vision of Quaid-i-Azam Mohammad Ali Jinnah, everyone can practice their religions freely. He said religious minorities enjoy religious freedom and Prime Minister Imran Khan is a strong proponent of making Pakistan a welfare state on the pattern of the state of Madina.

Mr Bukhari, who is also the chairman of National Tourism Coordination, praised the initiative of organising a Vesak celebration and urged Buddhists to visit Pakistan and help the government preserve their heritage as well as give proposals regarding religious tourism and religious festivals.

He said the government would fully support every stakeholder in the commemoration of minorities’ religious events.

Speaking to the press later at the Taxila Museum rest house, Mr Bukhari said the government is planning to develop a Buddhist trail by exploring various religious sites from Taxila to Swabi.

He said the government would launch an aggressive tourism initiative with a particular focus on religious tourism.

“Pakistan is uniquely placed for tourism, as people from diverse religious backgrounds including Buddhists, Hindus and Sikhs have their holy places in Pakistan. Pakistan also has some of the most beautiful landscapes, mountain peaks, meadows and lakes in the world,” he said.

In response to a question, he said encroachments on national heritage sites would not be tolerated, and no one would be allowed to utilise the land of ancient sites for personal use.

He said religious tourism was neglected by previous governments, and its potential has gone untapped for decades.

The government will make strategies to promote the sacred sites of religions such as Sikhism and Hinduism, and efforts will be made to provide facilities that attract followers from within the country and abroad, he said, adding that this would also project a soft, pluralistic image of Pakistan internationally.